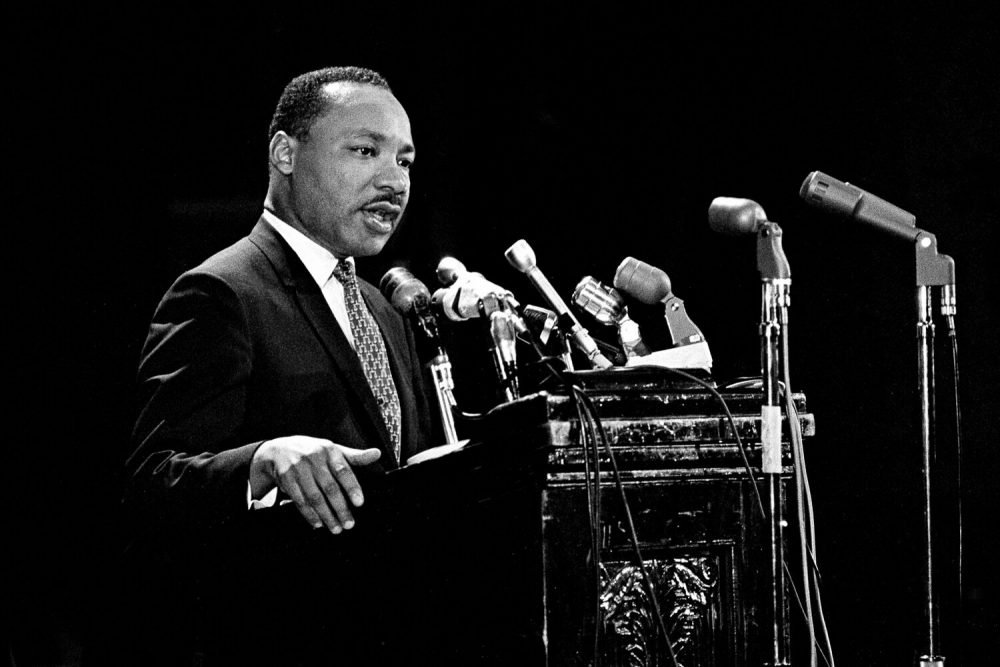 In the Memorial Auditorium on the campus of Stanford University, on April 14, 1967, Dr. Martin Luther King, Jr. delivered his speech that has come to be known as “The Other America.”

The speech would be the last of three made by Dr. King on the Palo Alto, California campus. In it, he addressed the stark disparity of social realities within America, as well as his late life emphasis on combating racism, militarism, and poverty. His also tied the Vietnam War to anti-poverty efforts, asserting, “If we spend thirty-five billion dollars a year to fight an ill-conceived war in Vietnam and twenty billion dollars to put a man on the moon, we can spend billions of dollars to put God’s children on their own two feet, right now.”

Stanford also houses King’s papers, archives, and even the invitation to King’s “The Other America” speech and the Stanford Daily articles from that day. All these documents are located at the Martin Luther King, Jr. Research and Education Institute. Its director, historian Clayborne Carson, was chosen by Coretta Scott King to head the project, which he has overseen for more than three decades now.