I've Been To The Mountaintop 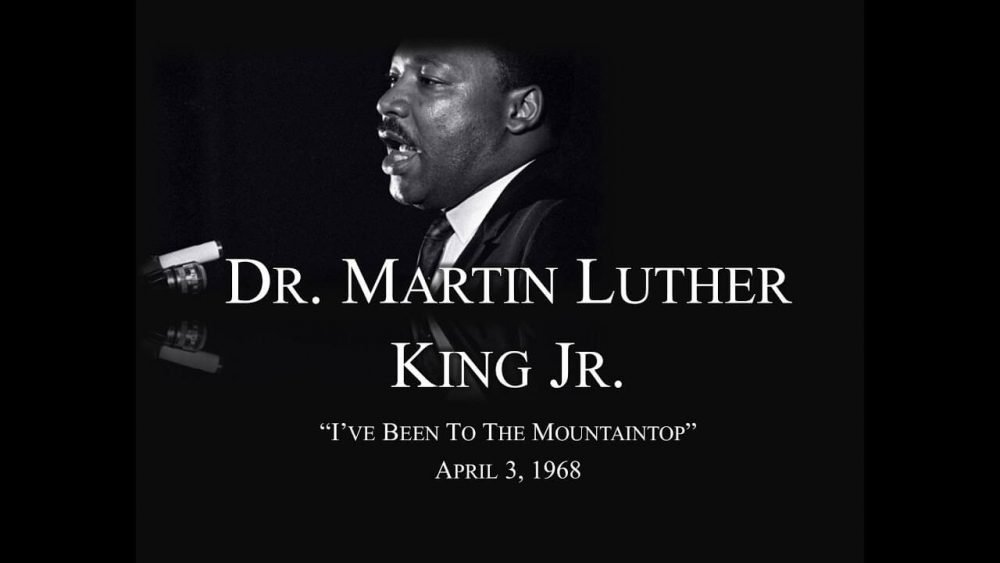 On April 3, 1968, Dr. Martin Luther King, Jr and his Southern Christian Leadership Conference colleagues arrived back in Memphis, TN, determined to end the violence that had embroiled the Memphis Sanitization Strike. Battling a fever and cold, it was decided that Ralph Abernathy would fill in for Dr. King who was planned to speak at Bishop Charles Mason Temple. That was until Abernathy sensed the disappointment of the congregants and suggested King get dressed and come over to the Temple.

With almost no preparation, Dr. King his final speech “I’ve Been To The Mountaintop.” Chillingly prophetic, the civil rights icon contemplated the longevity of his life and dismissively declared, “I’m not concerned about that now. I just want to do God’s will,” adding, “I’m not worried about anything; I’m not fearing any man. Mine eyes have seen the glory of the coming of the Lord.”